Hawaii is a beautiful place to visit, and many people (including my brother) decide to move there after visiting and call it a paradise. But paradise doesn’t come cheap, so what is the cost of living in Hawaii?

Hawaii’s current cost of living index is 168.9, higher than the national average, making Hawaii the most expensive state to live in in the United States. When compared to San Francisco, for example, the median home cost is 95% more expensive in Hawaii.

Suppose you are interested in living in the islands of Hawaii. However, you are skeptical because of the high cost of living.

This article will explore the cost of living in eight Hawaiian Islands.

#hiking @ Pololū Valley 😍 This beautiful #hike is located on the north side of the Big Island of #Hawaii and features a scenic overlook and black sand beach. #malamakaaina #malamahonua #EarthDay #EarthDay2022 pic.twitter.com/Ld6K3z9MwF

The Big Island has a population of 186,738. It is the biggest island in Hawaii.

The median home price on the island is $517,500. The Big Island has the lowest average cost of living and is your one-stop option to get the best island experience. Another exciting thing about this beautiful island is its ability to keep expanding due to the constant flow of molten lava from Mt Kilauea.

Top sightings include the Waipio Valley, often referred to as “The Valley of the Kings”. This enchanting valley offers endless sights that are appealing to the senses.

There are waterfalls, fruit trees, streams, and fishponds.

Kauai Island, also known as the “Garden Isle”, is the fourth largest Hawaiian Island. It is home to about 66,921 people. Kauai Island is known for its ranchlands, sea cliffs, sugarcane fields, and pristine beaches.

The largest economy on Kauai Island is tourism. The unemployment rate is 5.1%; therefore, 7.9% of the residents live below the national poverty rate.

The average price for a single-family home is $1million. Additionally, the median household income is $82.818. The living wage for a single adult with no child in Kauai is $19.09.

Golf lovers will have lots of fun at the various top-rated golf courses on the island. As a tourist, your journey is incomplete if you didn’t try the indigenous Hawaiian ice shave.

This Hawaiian island offers a wide range of experiences for visitors. You can surf, enjoy a meal on the beach at a five-star luxury resort in Wailea, ride a horse across a dormant volcano in Haleakala National Park.https://t.co/yWyEUi7LYh pic.twitter.com/AHZLvkkbFw

Maui is the second-largest island in Maui County, Hawaii. This island is popularly known as the “Valley Isle”. There are about 144,444 residents living on the island.

The major source of income for Maui Island is tourism. The retail, government, health care, agriculture, and business sectors offer employment to a great portion of the population. The unemployment rate is 2.1%.

The housing market on Maui Island is blooming as it experienced a 28% increase within a year. The median sales price for a condo is $1,177,500. Additionally, the average salary is $49,694 annually.

There are over 30 beaches and bays on Maui Island, so there are many fun activities for everyone. Exciting sports that you can enjoy include snorkeling, windsurfing, surfing, and kitesurfing. You can also watch whales in the Kaanapali area.

If you are looking to explore a unique landscape with beautiful and natural scenery, Maui is for you. Tourist attraction centers on the island include Lahaina, Haleakala National Park, Hana Highway, and Iowa valley.

Furthermore, there are two main healthcare facilities on the island.

The magic of the island of Oahu in Hawaii 🤩☀️🏝#nature #naturelovers #Hawaii #photography #Earth pic.twitter.com/sOqJLZlQaV

Oahu, also known as the gathering place, has a population of 953,207. It is the most populated Hawaiian island, located within Honolulu County. The median income is $9,1014. The cost of living is higher than in other islands, but the promises of employment draw in residents.

Oahu is home to about 139 beaches, drawing in several thousand tourists. You can enjoy the water, play in the sand, frolic with the dolphins, dive, appreciate history, art, and culture, or go deep-sea fishing.

If you are a golf lover, you will not be disappointed as top-notch golf courses on the island.

Once the sun has set, you can take an evening cruise around the South Shore. Additionally, many fine restaurants offer exquisite meals that you can enjoy. There are nightclubs and amazing pizza places.

You may also watch a local music show to appreciate the Hawaiian culture.

Another exciting landmark is Diamond Head. The Diamond Head is the peak of an extinct volcano that has become a popular hike destination. Once you get to the top, you will be rewarded with breathtaking scenery.

Unlike other islands, Oahu is home to lots of shops. You can find trendy boutiques in Haleiwa town, located on the North Shore. Visitors have no trouble obtaining souvenirs for their friends and loved ones at home.

Another noteworthy location is Pearl Harbor, where Japanese war aircraft dropped bombs that killed many American Soldiers. Pearl Harbor is easily the most visited spot in Oahu.

Lanai is the sixth-largest island in Hawaii. It is situated in Maui County, with about 3,135 residents. This island was originally called Pineapple Island because of its vast pineapple plantation.

The island is served by Lanai Elementary and High School. Residents also have access to a hospital and a community health center. However, Lanai island does not have any traffic lights or shopping malls.

The price of a new home in Lanai is $735,000. Suppose you are looking to escape the busy life of big towns to experience some tranquility. You may look toward visiting this small yet charming island.

Lanai Island has three golf courses. The hotels also provide transportation for tourists. Residents also have access to grocery stores. The electricity fee is higher than the average price in Hawaii.

There are about 12 beaches accessible to the public. A popular beach on Lanai Island is Shipwreck Beach. This beach is home to one of the wrecked ships used in WW11.

Another exciting place to see is the Garden of the Gods. It is a natural landscape formed by rocks formations of magenta and some other shades of red. Additionally, there is a dive site called The Cathedrals, a home to hundreds of marine life.

Molokai is the fifth-largest island in Hawaii, popularly known as “The Friendly Isle”. It is situated in Maui County, with a population of 7,345. In addition, it is located southeast of Oahu Island.

The unemployment rate in Molokai is Hawaii’s highest. This is because the residents are opposed to development and expansion. Instead, they prefer to maintain an indigenous subsistence practice. Therefore, the poverty rate is higher than the national value.

Residents have access to the Molokai General Hospital, which is always open at any time of the day. There are public schools, one community college, and one private middle/high school.

The island is home to several parks, but they lack infrastructure for tourist convenience. Additionally, Molokai is beloved for its uncrowded beaches. They include Papohaku Beach, Dixie Maru Cove, Sandy Beach, etc.

Suppose you are looking to escape the overcrowding and noise of big cities. Molokai is a great option to embrace nature. There are no malls, traffic, or pollution. However, there are fresh and highly nutritious meals.

Population of Niihau island in Hawaii is just 170. Island was purchased in 1864 by a Elizabeth Sinclair, a widow for $10,000 in gold pic.twitter.com/z8HbJhjseX

Niihau is the seventh-largest inhabited island in Hawaii. It is located in Kaua County, with a population of 170. Niihau is located 17.5 miles southwest of Kaua Island.

The island was popularly described as the Forbidden Isle because visitors were not permitted entry. It first became closed-off to the public in the 1930s to protect the residents from new diseases such as measles and polio. Therefore, only residents and their guests enjoy the beauty of the island.

The island residents get their food from fishing, farming, and hunting. Many depend on monthly welfare checks to get cash. Niihau has no power lines. However, solar panels are used to provide electricity.

In addition, there are no paved roads, grocery stores, indoor plumbing, hospitals, or police stations. The residents of Niihau rely on rain as a source of water.

The residents are dedicated to preserving the culture and environment of this island. Therefore, it is home to many endangered species of plants and animals. They are free to live without the interference from crowds and pollution from industrialization.

An example is the monk seals, with only a population of 1,400 animals in the world. Niihau is home to a great number of these animals.

Income is generated for the island through the fee collected from tourists. The high price charged is used to maintain the island. Visitors have the option of a helicopter tour, boat tour, or participating in a hunt. However, there are no accommodation options for tourists.

Our Cost of Living in Hawaii (2021) | Oahu vs Florida Comparison

Hawaii is a paradise on earth.

The public has more access to the more populated islands. However, the private ones are restricted because the residents aim to preserve the natural ecosystem. Visiting these islands may require you to save money because it costs more to visit these islands.

Speaking of saving money, you would be amazed at how many individuals are confused about the best ways to save for retirement. You can read a recent article to help you make better saving decisions.

Additionally, you don’t need to take out a loan or wait to win a free ticket to visit any islands.

You can read a recent article on keys to financial freedom. You would be surprised to learn of many things that harm your finances.

Image by coyotelang from Pixabay

link to How Much Does It Cost to Live in a Trailer Park in 2023?

Living in a mobile home is great from a cost of living standpoint as the upfront costs are much lower than buying a traditional home. But you still need to have some money to do it, so what is the...

Florida is one of the best places to settle in the United States of America. This sunny state is home to the best beaches and several fun places for everyone. But not all cities there are... 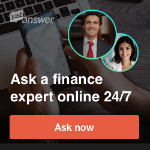